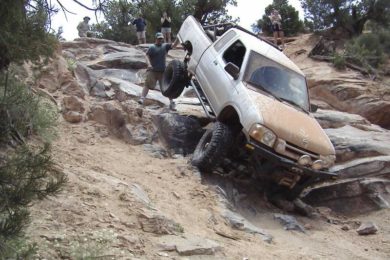 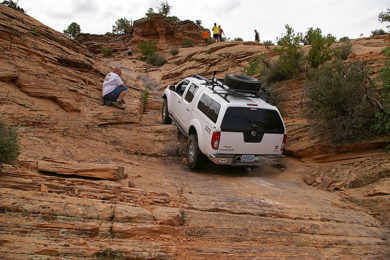 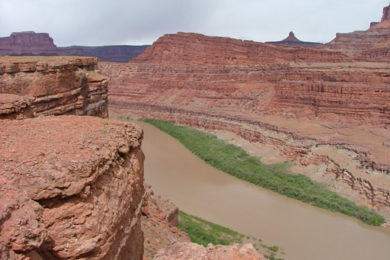 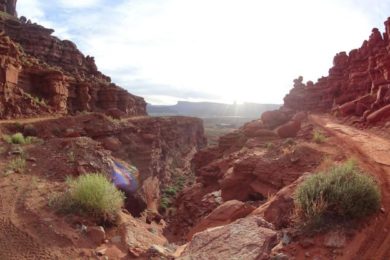 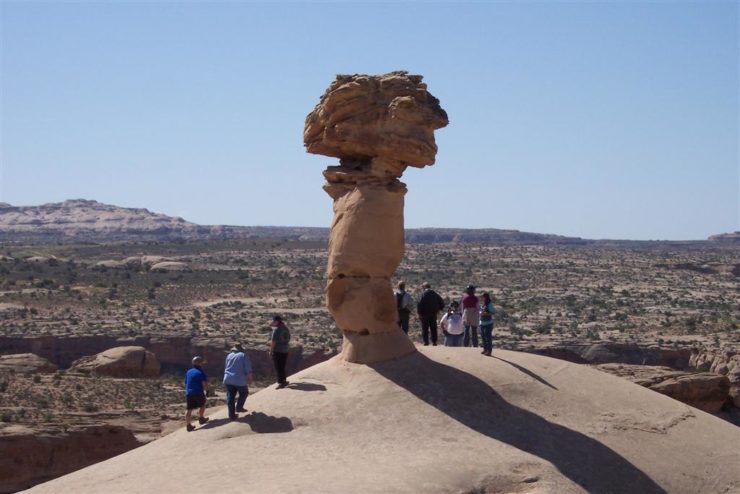 This trail rides the rolling mesa top between two of the Green River’s large tributary canyons, Hellroaring and Spring Canyons. It goes close to the deep portions of Spring Canyon, and it crosses the shallower upper Spring Canyon to visit a strange tower, dubbed the Secret Spire. It is a good trail for some mild four-wheeling through an interesting and scenic expanse of country.

Scenery: The large vistas are to the west and north and encompass the San Rafael Reef, the Book Cliffs, and a glimpse of the Green River. The close-up views are into deep, rugged canyons and a range of local rock formations, including arches and towers. Bluffs of Entrada Sandstone, called Needles Rock and Rainbow Rocks, stand high above the trail.

Road Surface: After twenty miles of pavement, the roads are largely sandy dirt – sometimes mostly sand and sometimes laced with rock. There is some sandy washbottom and a little bare rock.

Highlights: Near upper Spring Canyon washbottom, one gully often washes out and may have to be repaired a bit. Your leader may take a spur to Dellenbaugh Tunnel, which is a strange, usually dry watercourse piercing the Navajo Sandstone. The tunnel is about 100 feet long and high enough that one hardly needs to stoop to walk through. The floor of the tunnel is a limestone layer rich in red chert, and it extends another couple of hundred feet to an abrupt drop into Spring Canyon. The Secret Spire is a strange tower of Navajo Sandstone standing alone on a dome-like base. Nearby are two small arches, one of which is just beside the main road but is easily missed.